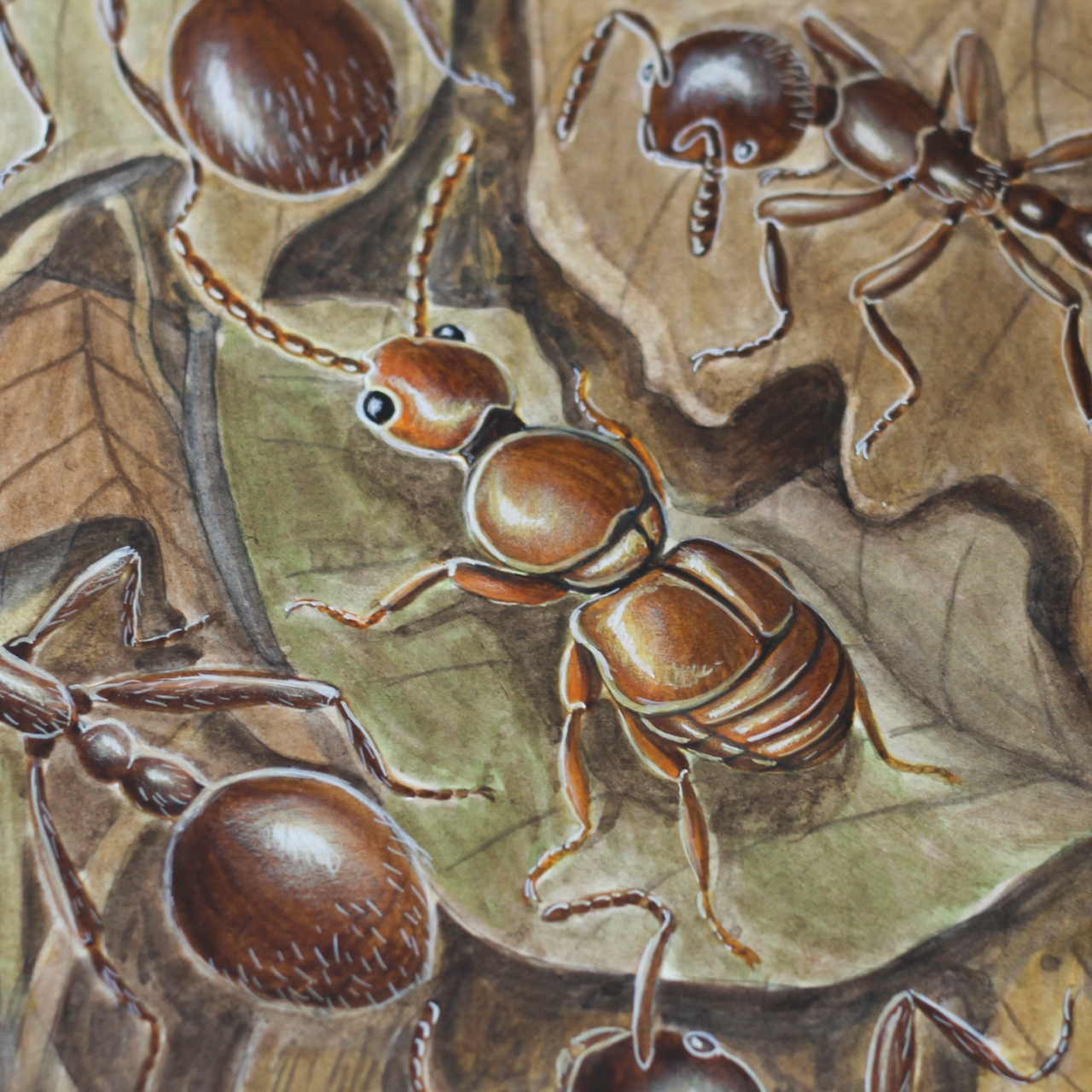 It’s been a busy couple of weeks for Emma and I as we wrap up some of our own work and generate content for the website. We want to thank everyone who’s shown interest in the project and for some very lovely emails. I know that I (Leilani) had sort of seen the cards as a niche product so I’ve been so chuffed to find so many people who are also interested in insects.

When picking the first six species to write descriptions for went with the theme “Hiding in plain sight” which applies in a couple different ways. Firstly, insects employ a range of techniques to avoid being found including incredible camouflage and the ancient practice of standing very very still. Alternatively, juvenile spittlebugs produce a light foam to cover themselves, living what is essentially an aquatic life while hiding from view and looking like someone’s spat on a tree. Finally, the Kenocoelus beetle uses chemicals to avert the aggression of their ant hosts and gain access to their nests.

But it also seemed an appropriate first set of species to write up because, given their size, colour and behaviours, insects can be quite hard to find. Sometimes when I talk to people who are keen about insects they bemoan that you don’t find anything “fun” in cities. Number one: what’s not fun about ants, buddy? Number two: there are actually a lot more insects in urban and suburban environments than we might think.

We think of cities as these deserts for biodiversity and that this applies to our inner city parks but in reality is this isn’t always the case. While the diversity in cities is certainly smaller compared to native bush and many of the species present are exotics, it’s surprising how much one can find particularly if in cities which support ecological functions. Singapore contains more than 10 ecosystems within its bounds and Cape Town hosts 50% of South Africa’s critically endangered vegetation types (1). For a more local example, one long term study back in 1990 found more than 1000 species of beetle in Lynfield in Auckland (2). At the time that represented about 15% of NZs beetle fauna. In Lynfield.

But we rarely conduct inventories of the indigenous fauna of cities which is the gap that projects such as BioBlitz aim to tackle. BioBlitz teams up the public with scientists and sets them loose in a park such as the Auckland Domain or the Botanic gardens to find as many species as possible (plant, animal, fungi etc.) within 24 hours. Back in 2015 a BioBlitz was held in Kepa Bush in St Johns, Auckland and about 1000 different species were found in 22 hours across about 14 hectares (3).

Which just goes to show that our understanding of diversity depends a lot on having someone to make note of it. Another project which uses public observation to generate information about species diversity is NatureWatch where people log sightings of animals (among other things) and leave photographs which others can identify. This is a picture of Auckland on NatureWatch if you search for listings of “insects”.

Meanwhile this is the University of Auckand’s Tamaki campus. The vast majority of those entries are made by one employee at the University. 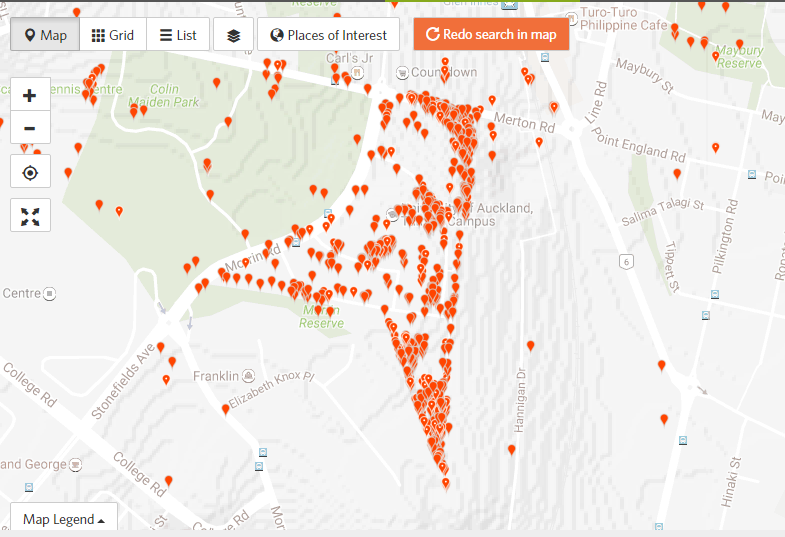 It’s true that cities aren’t as diverse as native bush and that a lot of the large native insects don’t always find their way into downtown Auckland but there are still plenty of fun things to find in the suburbs. Insects are small and frequently camouflaged and it can take a while to develop the knack for finding them but if you or your family want to get into insects you probably don’t need to go any further than your garden or the tree down the road.