Collated and written by Chrissie Painting. Chrissie is a post-doctoral fellow at the University of Auckland. For her doctorate she studied the lovely giraffe weevil whose profile we’ve uploaded here.

As the year draws to an end, many school and university students may be starting to ponder about their futures and the possibility of a career in science. If you have a passion for insects you may like to consider becoming an entomologist; a scientist that specialises in studying insects.

In New Zealand there are many different ways that you can work in entomology. If you are interested in insect pests you could work at a government institute like AgResearch, Plant & Food Research or Scion, or if you are interested in naming and describing new species you could work somewhere like Landcare Research, or the Te Papa Museum. You can also find entomologists scattered around NZ at the various universities and polytechnics, where they spend their careers teaching students and doing their own research on insect ecology, conservation, forensics, genetics, and pest management.

When I started looking in to a career in science I really had no idea what a typical work week would look like. I had this vague impression in my mind that scientists spent their days doing mysterious experiments in the laboratory, but I couldn’t imagine myself in their shoes.

So, to help budding scientists get a better idea of what we get up to in our jobs, I asked a bunch of kiwi entomologists to tell me what makes up their typical work day. These fantastic people are all passionate about their work and contribute to our understanding of insects in a myriad of ways. These were their responses: 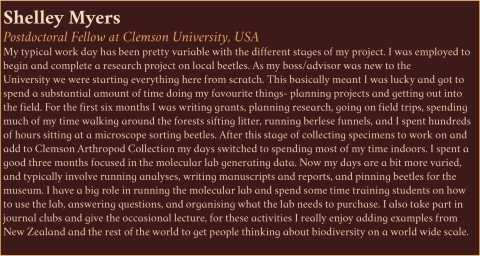 While all of these scientists have very different roles, many of them commented that there really is no such thing as a typical work day. Summer months might be spent clambering around the forest on the lookout for their species of interest, while in the winter months they are more likely to be found in the lab processing their finds under the microscope or at their desks analysing data, writing reports or preparing teaching material. Having such a dynamic and varied day is what many scientists enjoy the most about their jobs, especially when their discoveries lead them down paths they never thought they would find themselves on.

While we may not get to spend as much time out in the forest chasing bugs as we would like, being an entomologist can be incredibly stimulating and rewarding. It can also be hard work and a little tedious! Luckily the fun parts make it all worthwhile. We encourage you to continue being curious and consider that one day you could develop your fascination with insects into your day job. 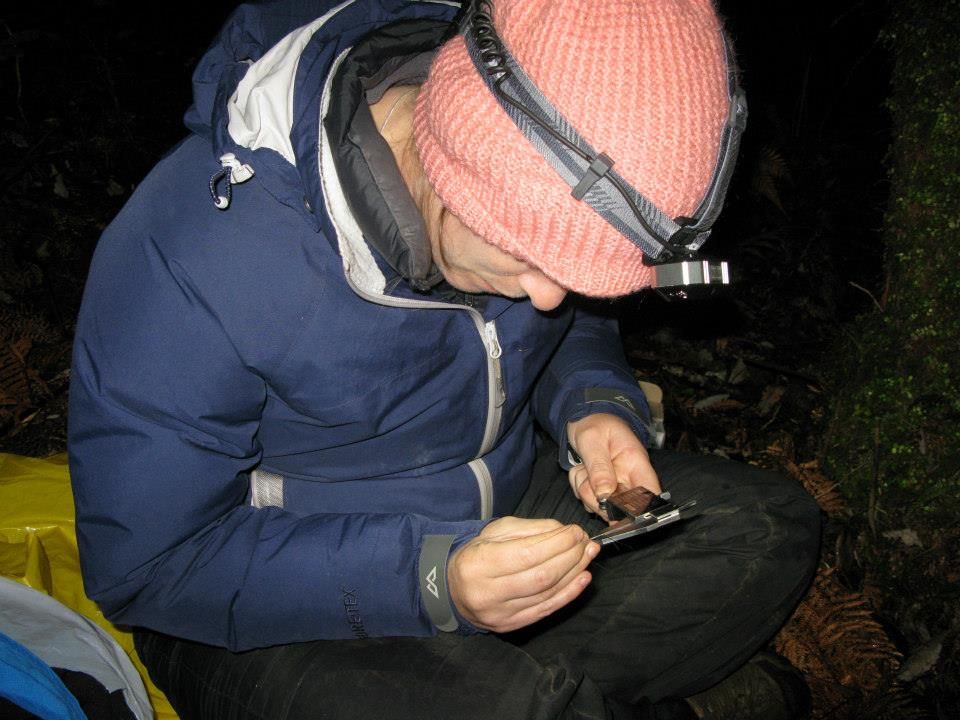